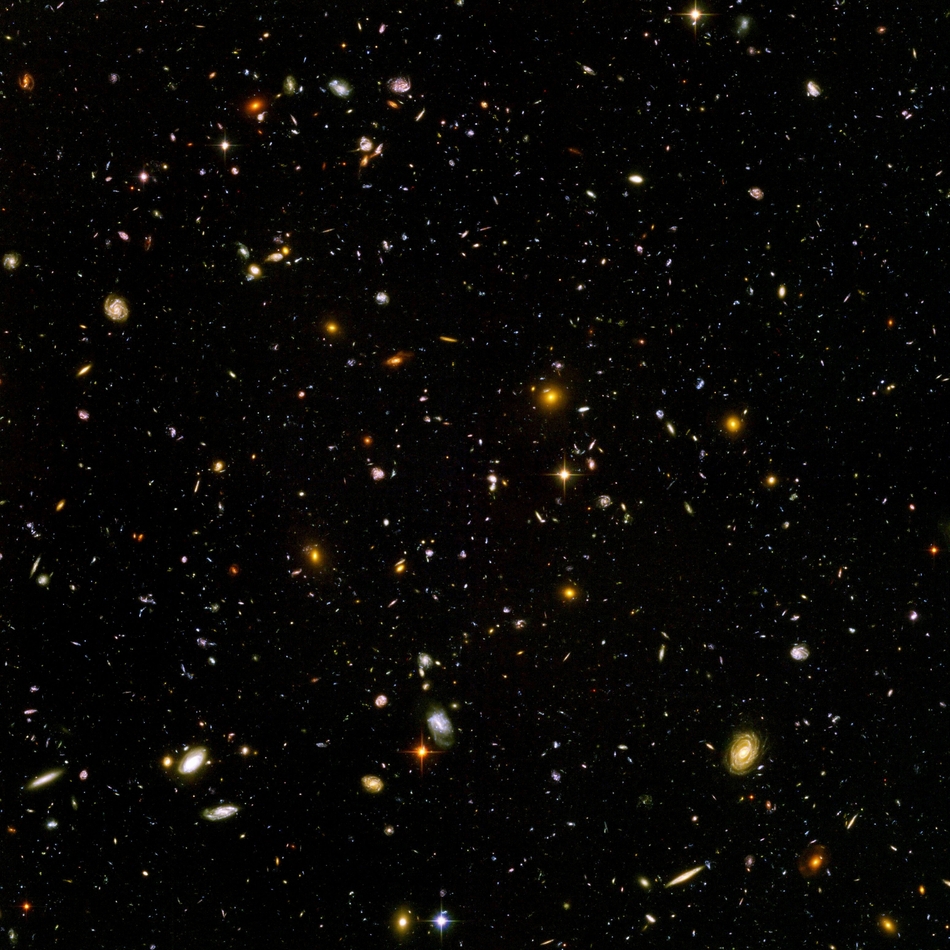 This may be the most important image ever taken from space.

Observing times of the Hubble Space Telescope are very precious. If any scientist wants to use the telescope the scientist has to go through a long application procedure since the demand for using the Hubble Space Telescope is so much higher than the available observing time. Every minute of observing time has to be justified. But back in 1996, astronomers decided to do something extraordinary. They wanted to point the telescope to an absolutely empty plot in the sky over the course of more than 11 days. Many people questioned this experiment, fearing the loss of much Hubble time and getting back an image as black and empty as the region in the sky seemed to be.

Nevertheless the experiment was conducted for the full 11 days. The risk was high, but the result was more than worth it, exceeding the most optimistic expectations by far. Instead of nothing, Hubble sent back an image to Earth with 10 000 galaxies. Almost every point of light you can see on this image is a galaxy (there are five stars on the image too which can easily be spotted; they have four spikes). There were 10 000 galaxies in an area of the sky so small that it would take more than 12 million of these areas to cover the entire sky. What does this mean? With the help of this image we now know that there are at least 100 billion galaxies in the visible, observable universe. There might be many, many more for several reasons, but already this number is really mind-blowing.

By the way... due the success of the Hubble Ultra Deep Field, astronomers decided to take another image, extending observing time to 23 days. This image is known as the Hubble Extreme Deep Field. And guess what? Due to the longer exposure time, more galaxies were found that had not been visible on this image. We now know that there are at least 200 billion galaxies out there!