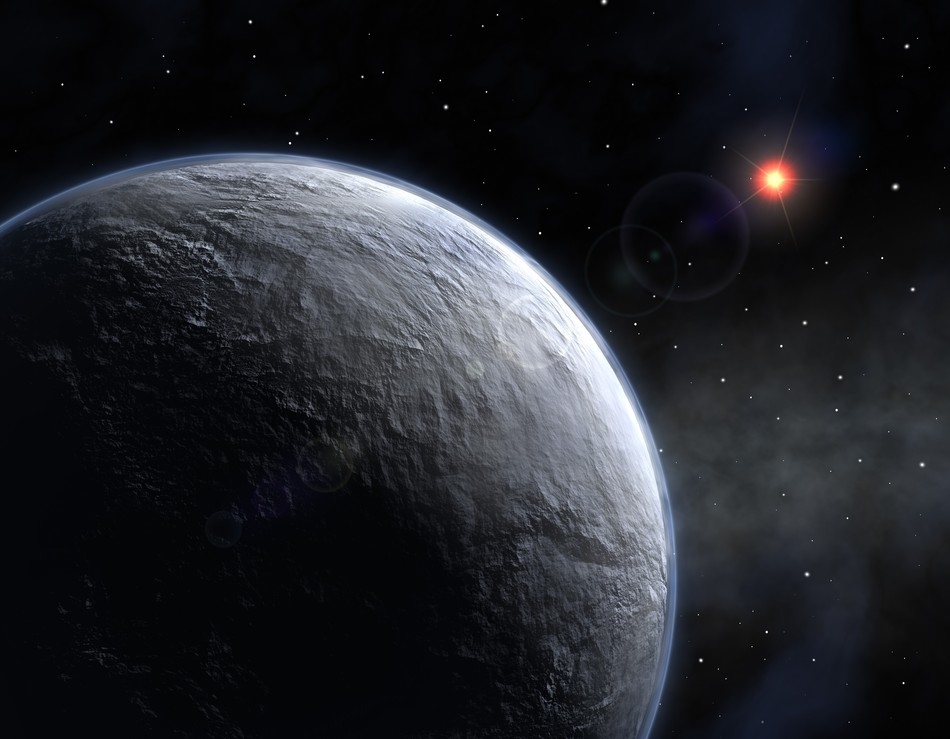 This is an artist's impression of a planet discovered by the Danish 1.5 metre telescope in La Silla (Chile). The planet with the cryptic identifier OGLE-2005-BLG-390Lb is 5 times heavier than Earth (making it a so-called super-Earth) and completes a full orbit around its mother star in about 10 years. It's placed far outside of the habitable zone and has a rocky and/or icy surface, most probably embedded in a cold and dense atmosphere. At a distance of 20000 light years it is positioned not too far from the centre of the galaxy and is one of the most distant exoplanets we have discovered so far.