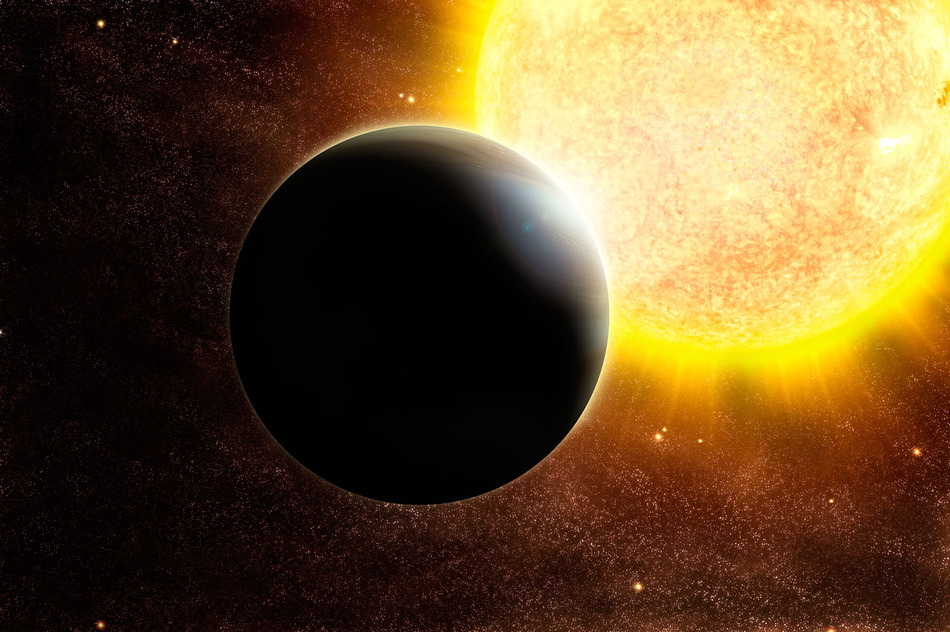 OGLE-TR-56b is a planet in the constellation of Sagittarius, about 5000 light years away from us. It is a so-called hot Jupiter, a planet similar in size and composition to our Jupiter, but much closer to its host star than Jupiter. In fact the distance to its star is just 0.025 AU or just four stellar radii, much closer than Mercury's distance to the Sun. Therefore one "year" (or orbit around its star) takes just 29 hours and the surface temperatures reach about 2000 Kelvin. As we have explained in our article about exoplanets, these hot Jupiters were formed further outward in their stellar system and have subsequently migrated inwards to their current position. The temperature in the planet’s upper atmosphere is just right to form clouds, not of water vapour but of vaporised iron. As the iron vapour cools down it condenses, forms liquid droplets and may rain in the form of hot, liquid iron. This iron rain has not yet been measured but the measured physical characteristics of the system seem to make this scenario quite likely. Liquid iron clouds have already been discovered on other celestial bodies: scientists have analysed the atmosphere of the only 6.5 light years distant brown dwarf Luhman 16B and they have found droplets of liquid iron in its upper cloud layer.