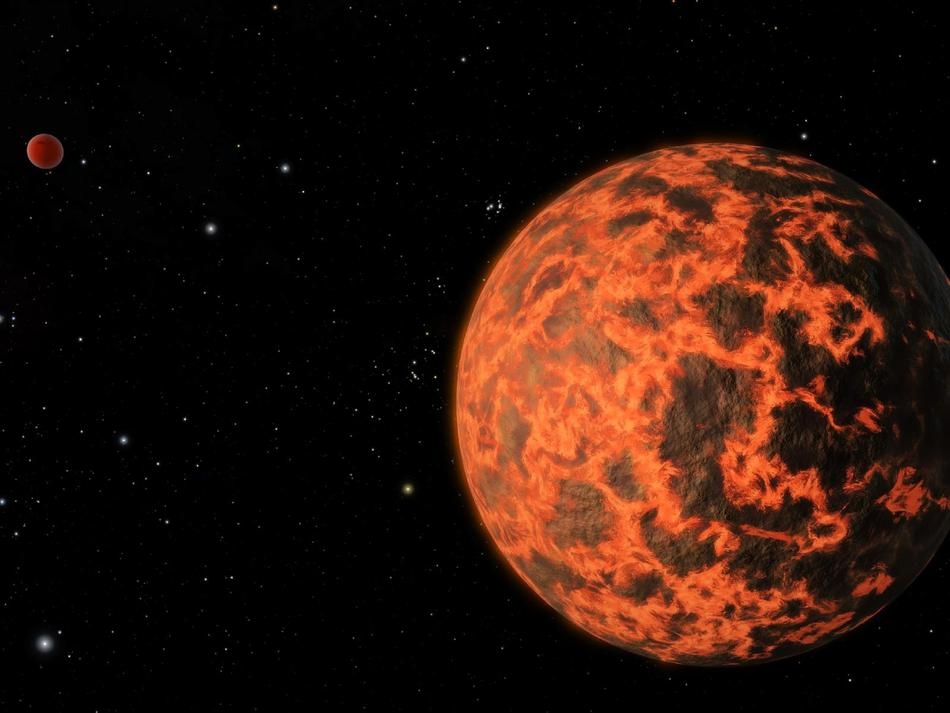 This planet orbits far too close to its host star to have any chance of developing life. 33 light-years distant planet UCF-1.01 has a diameter of about two-thirds of our Earth and is orbiting so close to its host star that part of its surface might be molten and covered with magma. If this is the case this exoplanet would resemble our own home planet shortly after the formation of the solar system. The drastic difference is that UCF-1.01 will never cool down enough to allow liquid water on the planet's surface; it will most probably always remain a sphere of molten rock - just held together by its own gravity - orbiting around its home star GJ 436.