One of the most fundamental questions any human being can ask is: are we alone in the universe? The knowledge about the existence and characteristics of exoplanets is indispensable for giving us an answer. Everything that we have learned up to now indicates that life might exist on millions and billions of other planets in our galaxy alone: there is the pure mind-blowing number of exoplanets that orbit other stars in the habitable zone; in the entire universe there is an abundance of water, oxygen, carbon and all the other main elements that make up life as we know it; and life on Earth itself evolved relatively quickly after the formation of the solar system was completed. Anyhow, our current instruments do not yet allow us to detect life on other planets, but there is a whole lot of other information that we have been able to find out already. So let's have a closer look at exoplanets to better understand them.

Introduction
Types of exoplanets
Rocky Planets
Super Earths
Ocean planets and desert planets
Gas Giants
Hot Jupiters
Rogue Planets
How to detect exoplanets
How many exoplanets have we found so far?
How many planets there are in the entire universe?
A gallery of exoplanets 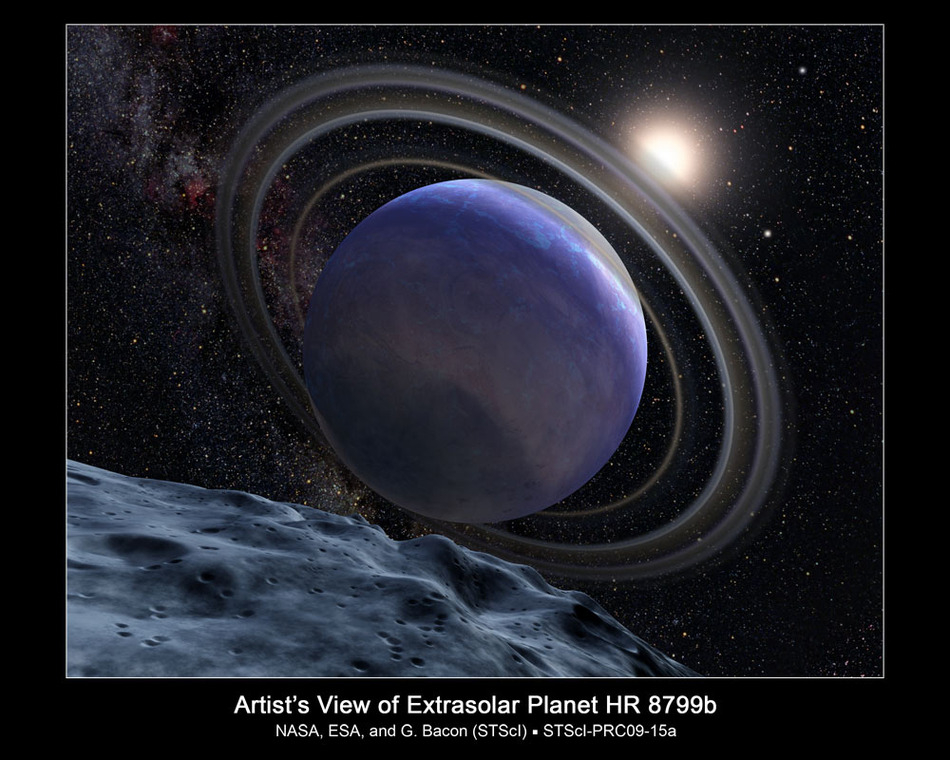 An artist's view of Exoplanet HR 8799 b. Credit: NASA, ESA and G. Bacon (STScl)
Exoplanets (or extrasolar planets) are all the planets in the universe beyond own solar system. Until 1995 the existence of exoplanets was pure speculation, but today many measurements indicate that almost every star is orbited by several planets. There are hundreds of billions, probably even many trillions of planets in our Milky Way galaxy alone. The science of exoplanet detection is still in its infancy, but in the next years and decades we will make great progress in this area. Amongst other things the James Webb Space Telescope and the European Extremely Large Telescope are expected to boost our knowledge in many areas of astronomy, including exoplanets.

How to detect exoplanets 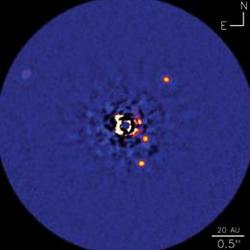 Exoplanets orbiting other stars are too far away to be directly imaged from Earth with currently available telescopes. There are a few exceptions of huge planets orbiting far away from their host star and some of the future telescopes currently under construction will be much more able to image exoplanets than can be done today. But direct images of exoplanets are currently exceptions and, in any case, we will not be able to see much more than a dot of light; nothing that could reveal any surface details of the planet.

But here is the good news: we are able to detect these planets anyhow, and in some cases we will even be able to analyse the composition of their atmospheres! So let's have a look at the two main methods for detecting exoplanets.