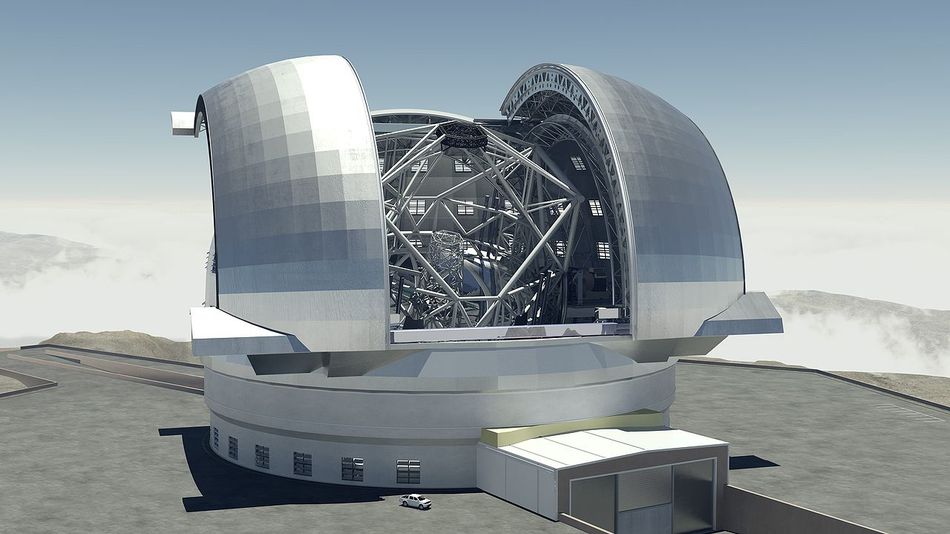 This will be the biggest telescope ever built. With a primary mirror diameter of 39.3 metres it has 15 times more light gathering capacity than the current largest optical telescopes on earth (they have a diameter of about 10 metres). But that's not all, the images taken by the ELT will also be 15 times sharper than the images we have from the Hubble Space Telescope! So, that's quite a big step, let's look forward to seeing the first images from this magnificent telescope.

The ELT has many scientific goals. It will search for extra-solar planets down to planets with just one Earth mass. Like the James Webb Space Telescope it will also show images of larger planets and possibly also be able to characterise their atmospheres. Nobody yet knows exactly how well the ELT will perform. It may even be big enough to directly show images of Earth-like exoplanets. Furthermore, the telescope will be able to analyse the early stages of the formation of planetary systems. It will detect water and organic molecules in the discs around the just-forming or very young stars.

It will also be able to look deep into the past by analysing the light from the first galaxies and stars that formed in the universe. So, the Extremely Large Telescope has many goals that are similar to the James Webb Space Telescope, but it will mainly observe in the visible wavelengths. In addition, one of its most important tasks will be to directly measure the expansion of the universe, a major step for our understanding of the universe. Last but not least, the ELT will be able to search for possible variations of the fundamental constants in the past, again for a better understanding of the fundamental principles of the universe. The only downside: the telescope will not be ready for operation until 2025.