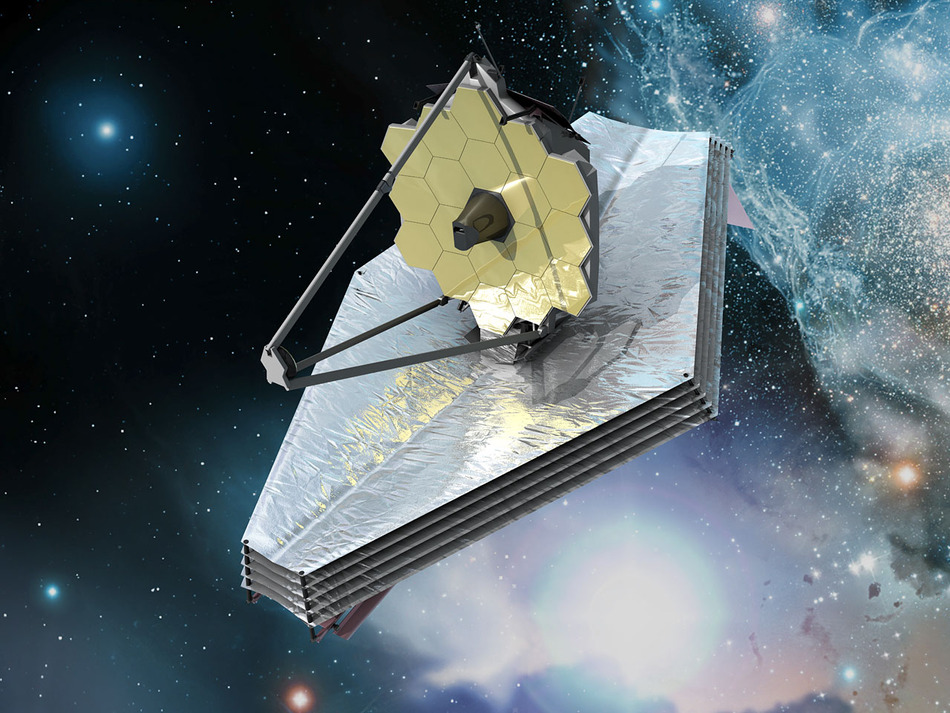 You can call this telescope the successor of the Hubble Space Telescope. This telescope is optimised for taking images in the infrared, which means light which is barely not visible to the human eye. The capacities of this telescope are ground-breaking in many fields of astronomy. Thanks to the 6.5 metres main mirror it will be able to look really deep into space. Hubble has a mirror of "only" 2.4 metres, which means that the light-gathering capacity of the James Webb Space Telescope (JWST) will be 7 times higher than that of Hubble. Since the light of the farthest galaxies is shifted into the infrared due to the expansion of space, the JWST is especially suitable for analysing this light in a much better way than any other telescope. We can expect to directly witness the earliest times of our universe when the first stars and galaxies were just forming.

But that's by far not all the JWST will be able to do. It will be able to observe the process of star and planet formation by studying molecular clouds that are currently forming new stars and it can make images of the disks of dust and debris around young stars. It will also be able to directly record Jupiter-size planets. Don't expect to see surface details but you will be able to see and analyze the light that has been reflected from their surfaces. And the JWST will be able to analyse the molecular composition of atmospheres of extra-solar planets that are transiting between their star and the telescope. So, we are expecting quite a lot of important stuff from this telescope. Let's hope it will be launched, as planned, in March 2021.

By the way, don't get confused by the image (artist's impression) in which the telescope looks quite small. The 5 layer sunshield that is needed to protect the telescope from the sun's radiation has dimensions of 22 metres by 12 metres, almost the size of a Boeing 737 airplane.