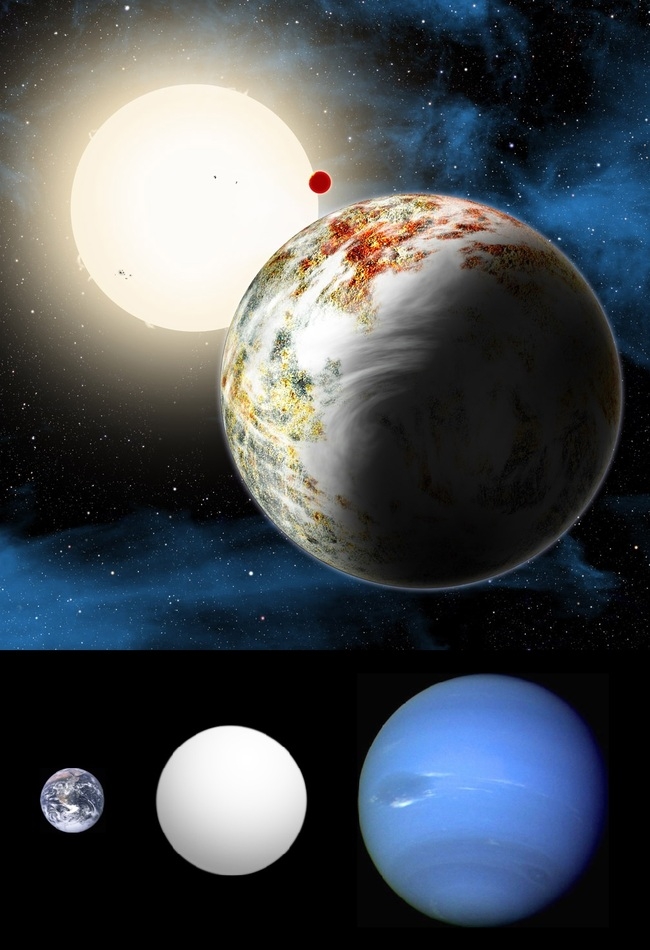 In June 2014 scientists announced the discovery of a planet with properties that haven't been seen before: a rocky planet with a whopping 17 Earth masses. Normally the heaviest rocky planets have masses of up to 10 Earth masses and are called super-Earths. All previously known planets heavier than 10 Earth masses were Gas Giants with a thick, gaseous envelope such as Jupiter, Saturn, Uranus or Neptune. The theory of planet formation also suggests that such a hefty rocky planet should not be able to form since it would attract an enormous amount of surrounding hydrogen gas making it a Gas Giant at the end of its development.

Kepler-10c is 560 light years away from us in the constellation of Draco. The planet has a diameter of 2.35 Earth diameters (approx. 30000 km) and orbits a sun-like star every 45 days. The term mega-Earth is now proposed for all mostly rocky planets above 10 Earth masses.