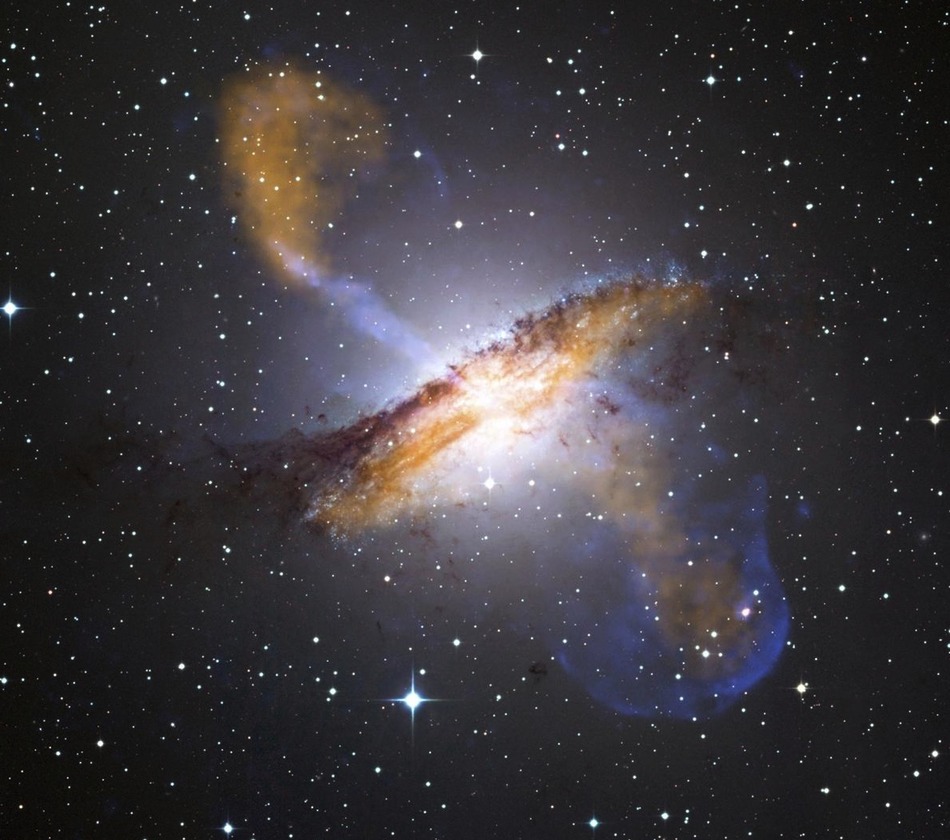 Centaurus A is located "just" 11 million light years away, very close on the cosmic scale. It is the closest active galaxy to our Milky Way. What is an active galaxy? Well, most (and probably all) galaxies have so called supermassive black holes (SMBH) in their centre. These SMBHs can have masses between hundreds of thousands to many billion times the mass of the Sun. Like all black holes, these SMBHs can be calm and just detectable with help from the effects of their gravity. But when matter flows towards the black hole, this matter can be heated up so strongly that it emits all kinds of radiation and in some cases also jets to both sides of the black hole. Centaurus A now has two relativistic jets which move at half the speed of light. These jets extend for a million light years in each direction.

Centaurus A is place where two galaxies have collided. This collision is responsible for an enormous number of new stars that are currently being formed. Gas clouds of the two original galaxies are smashing together, compressing some areas of the gas which are then dense enough to further collapse due to their elevated density. These kinds of galaxies are called starburst galaxies, an appropriate name! The starburst can be seen even more clearly in our image of the center of Centaurus A.