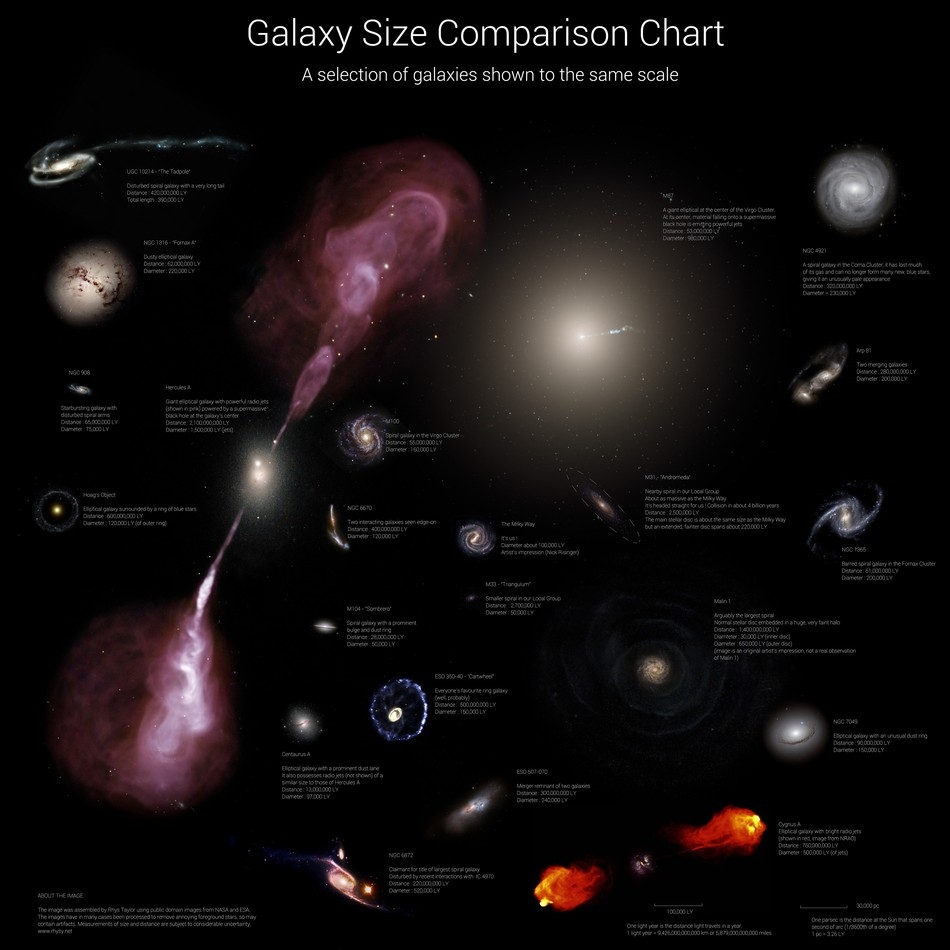 This chart compares the size of several large galaxies. The Milky Way is an averagely large galaxy with a diameter of 100 000 light years and about 200 billion to 400 billion stars; but compared to larger galaxies like M100, M 87, NGC 4921 or Hercules A, the Milky Way looks like a dwarf galaxy. Sun.org has another chart showing the biggest known galaxies, among others also the biggest known galaxy, IC 1101, which would by far exceed the size of the entire image.