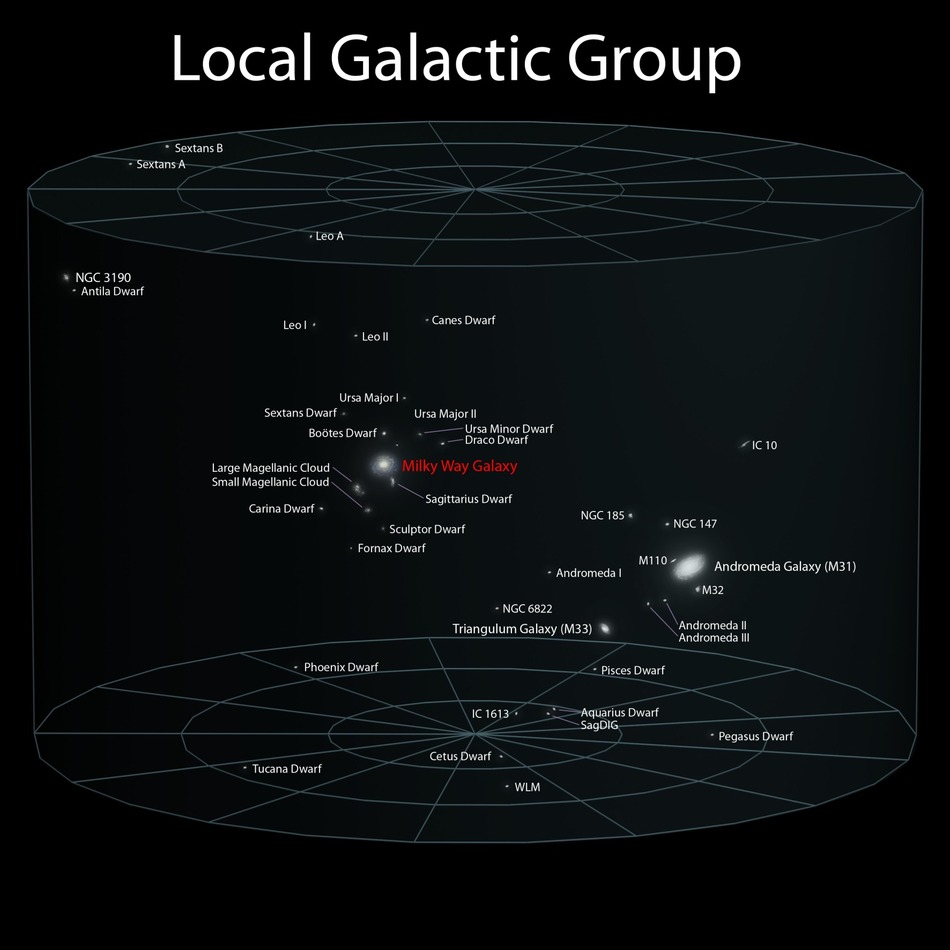 This is what our galactic neighbourhood looks like. The Local Group consists of approximately 50 galaxies; the Andromeda Galaxy and the Milky Way - both spiral galaxies - are the biggest in this group. They move towards each other at a speed of 110 km per second (or 400 000 km per hour). There is a third spiral galaxy, the Triangulum Galaxy, third biggest galaxy in our group. The rest of the galaxies are smaller elliptical, irregular and dwarf galaxies. The distance between the Milky Way and the Andromeda Galaxy is about 2.5 million light years; the whole Local Group has a diameter of 10 million light years.

In the distant future all of these galaxies are going to merge with the Milky Way. The biggest of the many mergers will occur in about 3 to 4 billion years when the Milky Way will merge with the Andromeda Galaxy and after a process that takes about a billion years, the end result will be a huge elliptical galaxy, nicknamed Milkomeda or Milkdromeda.