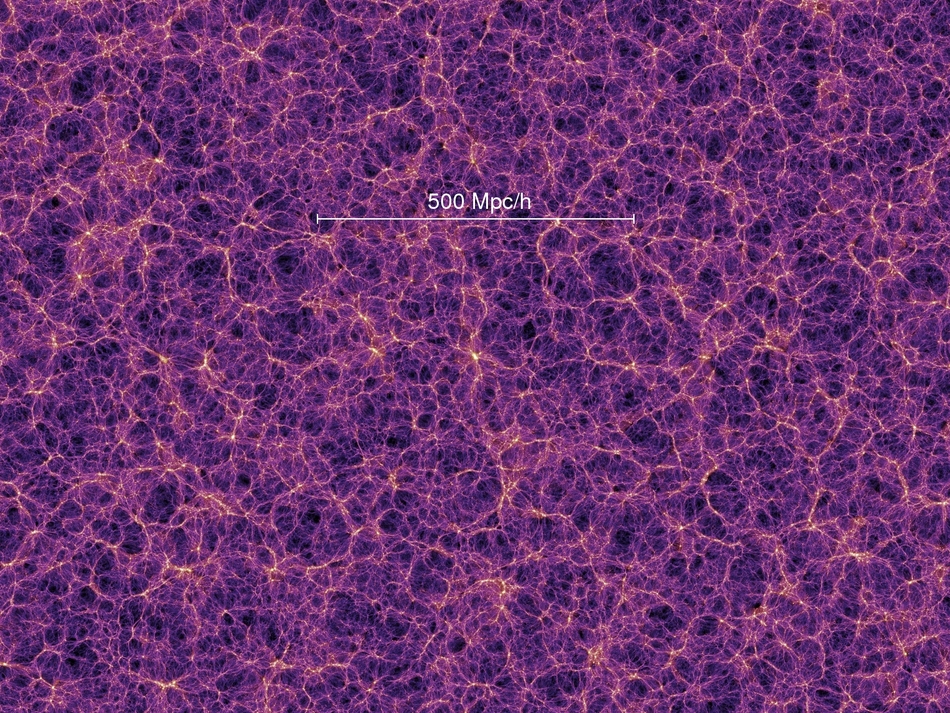 This is how the universe looks on a large scale; a very large scale. It's not a photo but the outcome of a simulation called The Millennium Simulation. Since the outcome matches the observed distribution of galaxies in the universe very well, we can use it for visualising the biggest structures of the universe, the filaments.

The distance from the left side of the image to the right side is 1500 Mpc/h. The strange unit Mpc/h reflects that the distance depends on the exact value of the Hubble constant. With the best guess we have today, you can calculate this distance to be approximately 6.7 billion light years; quite big but still a fraction of the universe. We can just see a slice of the universe on this image; of course the same structure extends in all directions, which means into and out of your monitor. The structure of the universe resembles a sponge with the matter in the form of hundreds of billions of galaxies not being uniformly distributed over space but gathering in so-called filaments. In between the filaments there are voids, which are almost empty areas in the universe with diameters of between 40 million and 400 million light years. Don't expect to see any single galaxy - no matter how big - until we zoom in a few more times. On the next image we'll have a closer look at the central part of this image to see some more detail of the filaments.