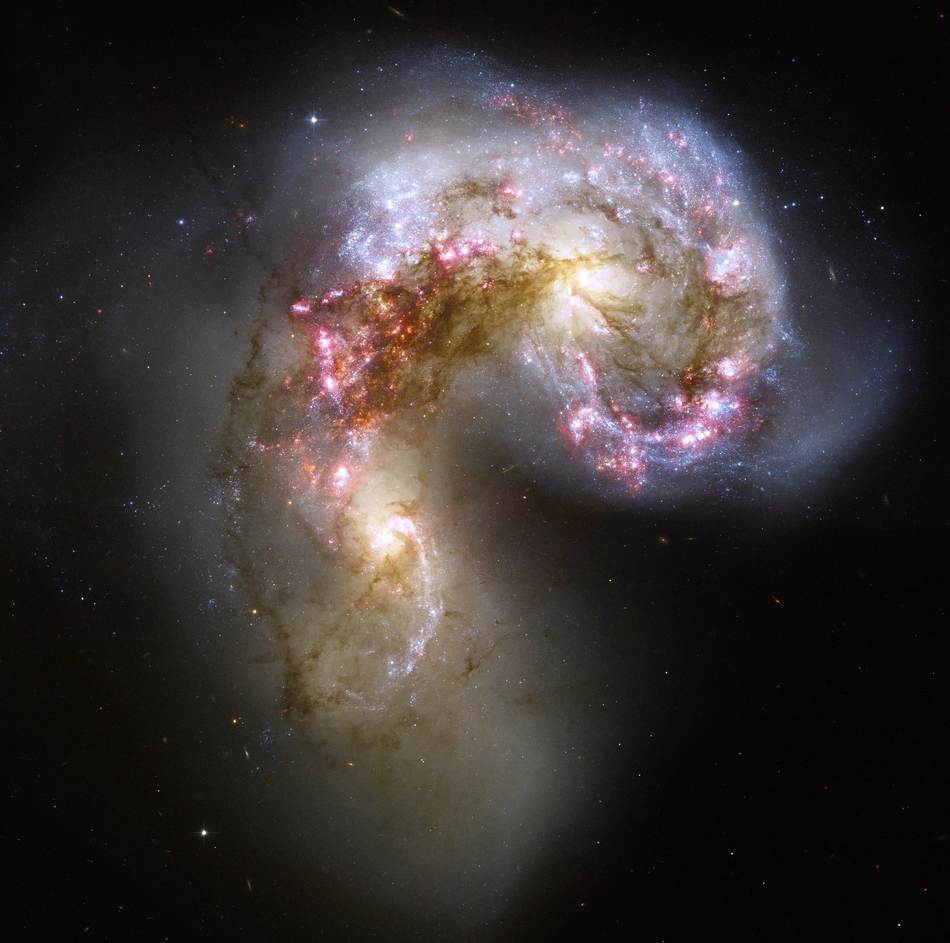 This is a great example of two galaxies in the process of merging. It all started a few hundred million years ago, when the two galaxies came so close that they started to interact. When they "touched", a lot of the gas inside the galaxies was compressed and immense star formation began. There are billions of stars that are being and will be formed during the collision. Almost half of all the faint objects you can see in this image are still huge star clusters containing tens of thousands of stars. You can see a lot of these blue star-forming regions which are surrounded by red, glowing gas (emission nebulae).

You can also see both of the original cores of the galaxies, the yellow/orange parts of the image, almost spherical regions with diameters of several thousand light years. These regions contain a lot of old stars, that's why they are orange. Remember that the most massive, blue stars die young and after some billions of years only the old yellow, orange and red stars survive. The brownish filaments in this image are dust, so there is still plenty of material for new stars and planets to form.