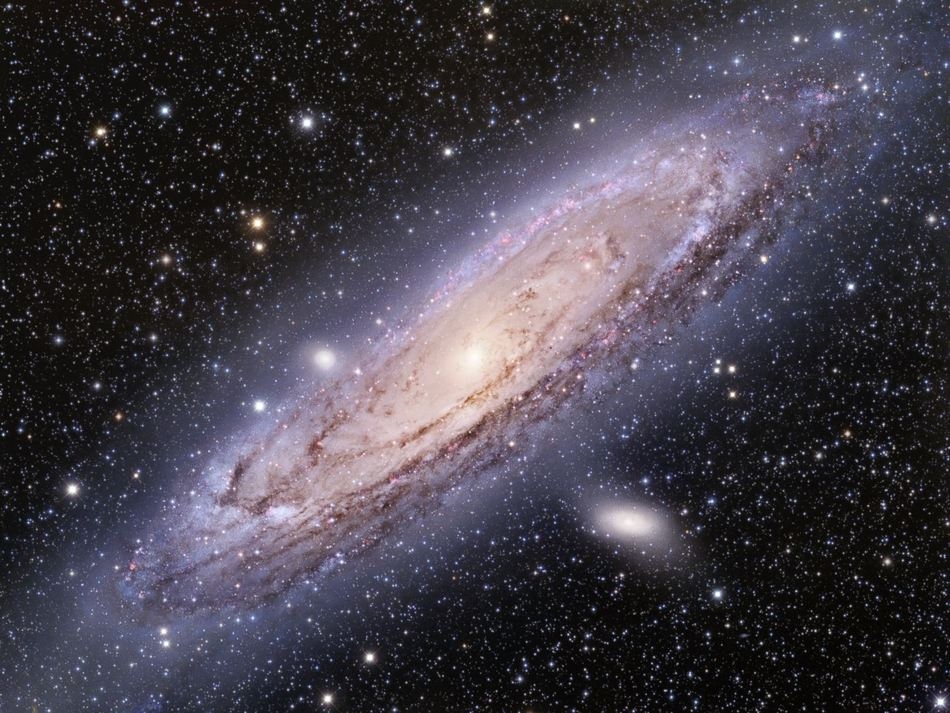 The Andromeda Galaxy is - at a distance of 2.5 million light years - the closest spiral galaxy to us. Until 1923 when Hubble discovered that it is a galaxy in its own right it was not clear whether Andromeda was a nebula within our own Milky Way or another 'island Universe'. But then Hubble discovered a certain class of stars called variable stars. Their intrinsic, absolute brightness was known. If you know the absolute brightness of an object and you measure how bright the star appears here on Earth, then you know its distance! That was a real breakthrough in astronomy that lead to our current understanding of an expanding universe with dimensions of many billions of light years.

The Andromeda galaxy is bigger than our Milky Way; it contains about a trillion stars. Its central supermassive black hole has a mass of about 100 million solar masses, which is more than 20 times the mass of the central black hole in our own galaxy. The Andromeda galaxy is one of the very few galaxies in the universe that is not moving away from us. It is gravitationally bound to all the other galaxies in the local group and is heading directly towards us. In about 4 billion years it will collide with the Milky Way and merge with us. You can have a look at a video of a simulation of the Milky Way - Andromeda Galaxy merger, or you can see how our night sky will look during this galaxy merger.