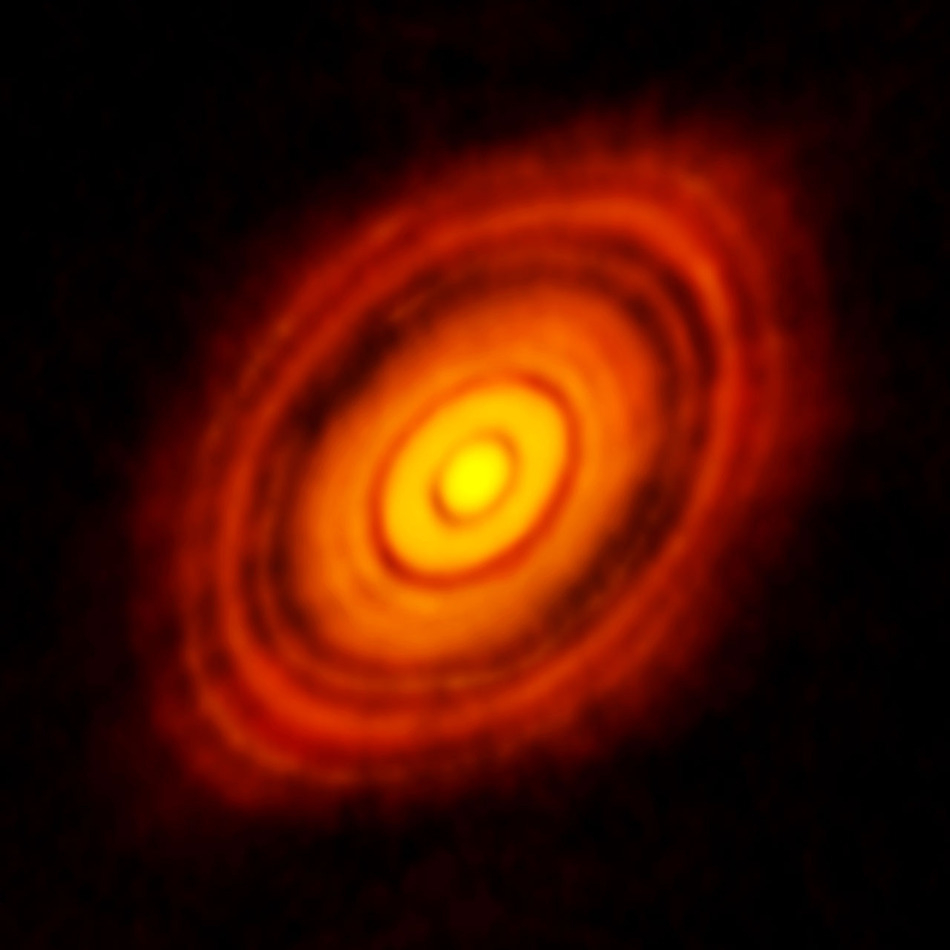 HL Tauri, a star 450 light years away from us in the constellation of Taurus, is an absolute baby star, somewhere between 100 000 and 1 million years old. And yet protoplanets have formed around this star. This image shows HL Tauri's protoplanetary disc: a disc composed of several rings separated by gaps. The particles within the protoplanetary disc will gradually stick together and form larger and larger bodies, starting at the size of sand grains and ending with asteroids, protoplanets and finally planets. There will be protoplanets orbiting the star in the gaps between the rings, but some gaps might also be caused by orbital resonances (in the asteroid belt in our solar system there are gaps too, caused by Jupiter's resonance). Anyhow, thanks to this image we can observe HL Tauri during the process of planet formation. The structure on this image has a size of 5 AU. About 4.6 billion years ago our own solar system looked very similar to how HL Tauri's star system looks now.

This image - published in November 2014 - could revolutionise theories of planet formation. It was taken by the Atacama Large Millimeter/submillimeter Array (ALMA), an astronomical interferometer of more than 70 radio telescopes observing at millimeter and submillimeter wavelengths.