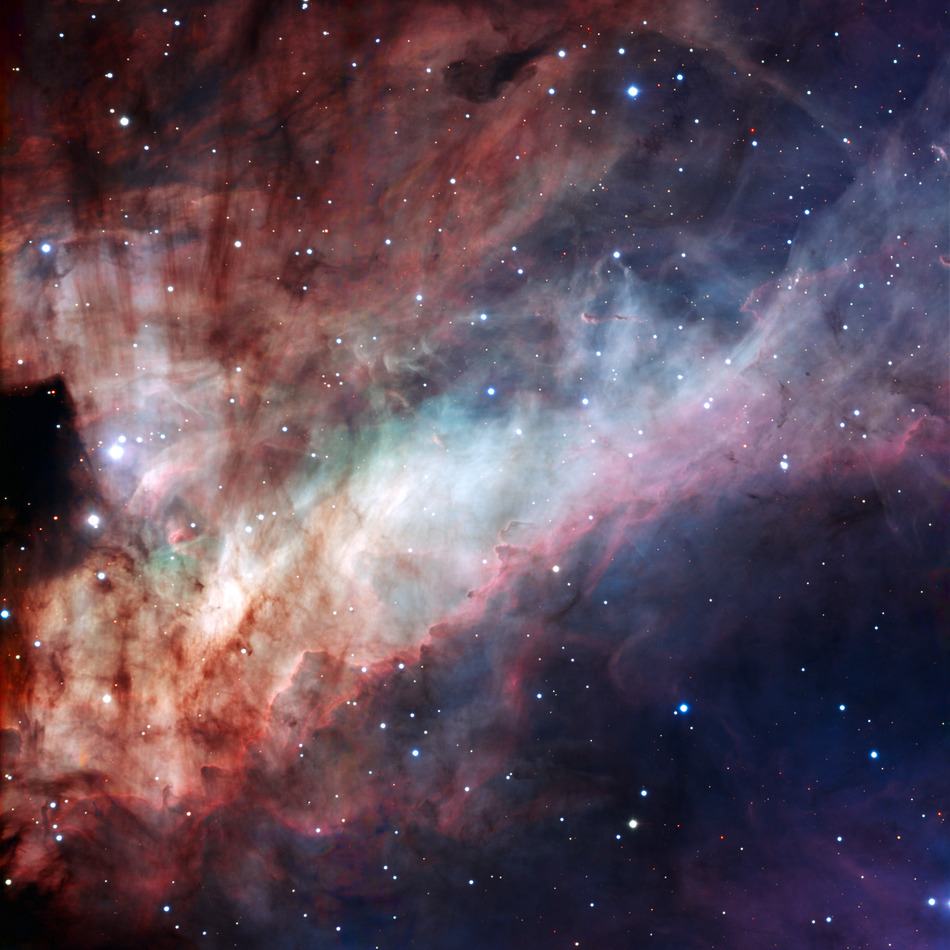 This is the Omega Nebula, also called Messier 17 or NGC 6618. It is a huge cloud of gas, mostly hydrogen and helium, and its total mass is 800 solar masses. It has a diameter of roughly 40 light years, but the visible part is "just" 15 light years across. Many supernova will be blasting off in the Omega Nebula in the near future. The first one could be seen tomorrow or in some ten thousand years. Indeed this nebula is one of the most promising candidates for the next supernova visible to the naked eye and since it is relatively near it will be spectacular! A few dozen supernovae and a few tens of millions years from now, all the gas and dust that make up the nebula will have been used to form stars and planets or it will have been eroded by the solar winds of the newborn stars. What's left behind will be an open star cluster that will slowly dissociate into thousands of star systems, many of them similar to our own with planets and moons, asteroids and comets, water and organic molecules and in many cases the chance of life!

There is a cluster of 35 stars embedded in the nebula composed of very young and hot stars (lower left part of the image). At just 1 million years of age, it's one of the youngest star clusters we know. The radiation from these stars is so strong that it ionises the hydrogen gas around them, which means it kicks the electron to a higher energy level. When the electrons fall back to a lower energy level, light of a specific wave length is emitted, and this specific wavelength is 656.3 nm or, in other words, red. That's why this kind of nebula, also called an emission nebula, has so much red in it.

And the blue/white part of the nebula? That's the reflection of the light of the brightest stars from the dust of this region, that's what's called a reflection nebula.