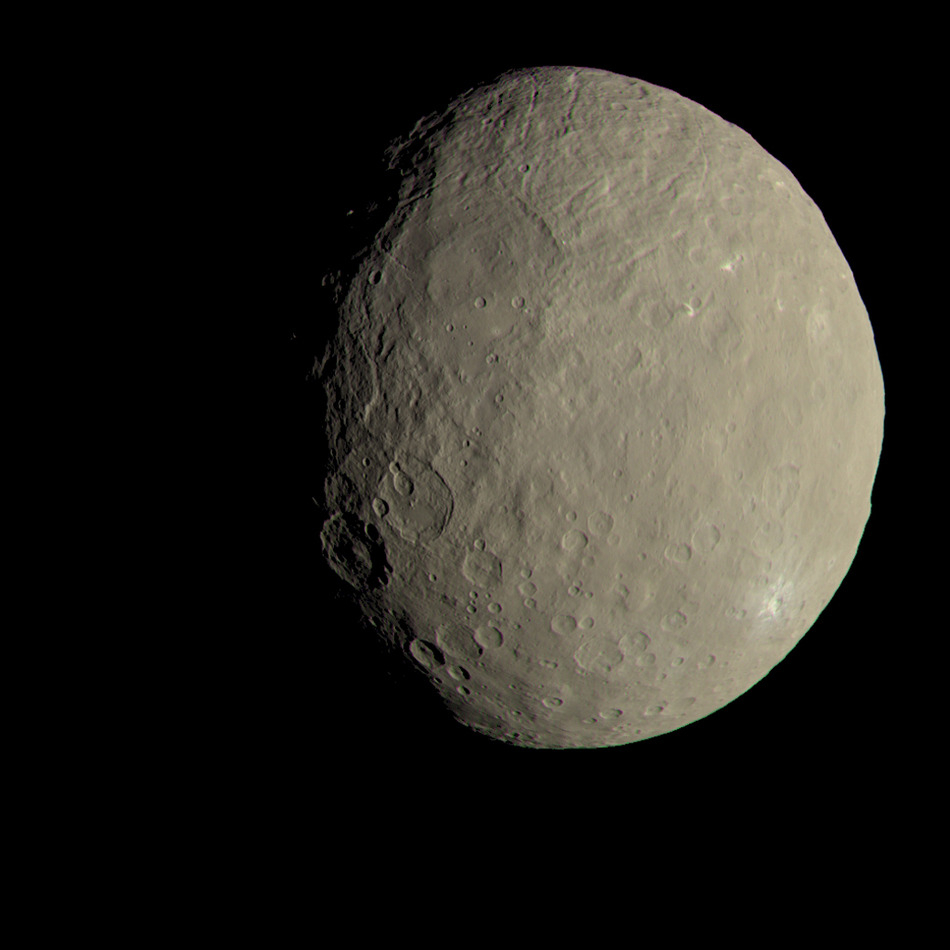 This is the smallest of the five know dwarf planets. Nevertheless, Ceres is a very interesting celestial body: with its diameter of 1000 km it has differentiated into a rocky core (Ceres could even have a small metallic core) and a mantle of light minerals and water ice. It is one of the objects in our solar system on which scientists suspect there may be an ocean of liquid water under its icy surface (like e.g. Saturn's moon Encedalus or Jupiter's moon Europa). Ceres is the biggest object in the asteroid belt and contains about one third of the entire mass of the asteroid belt. Surface temperatures can get as high as a cosy -38 °C (-36 °F). The image was pictured in May 2015 by the Dawn spacecraft.