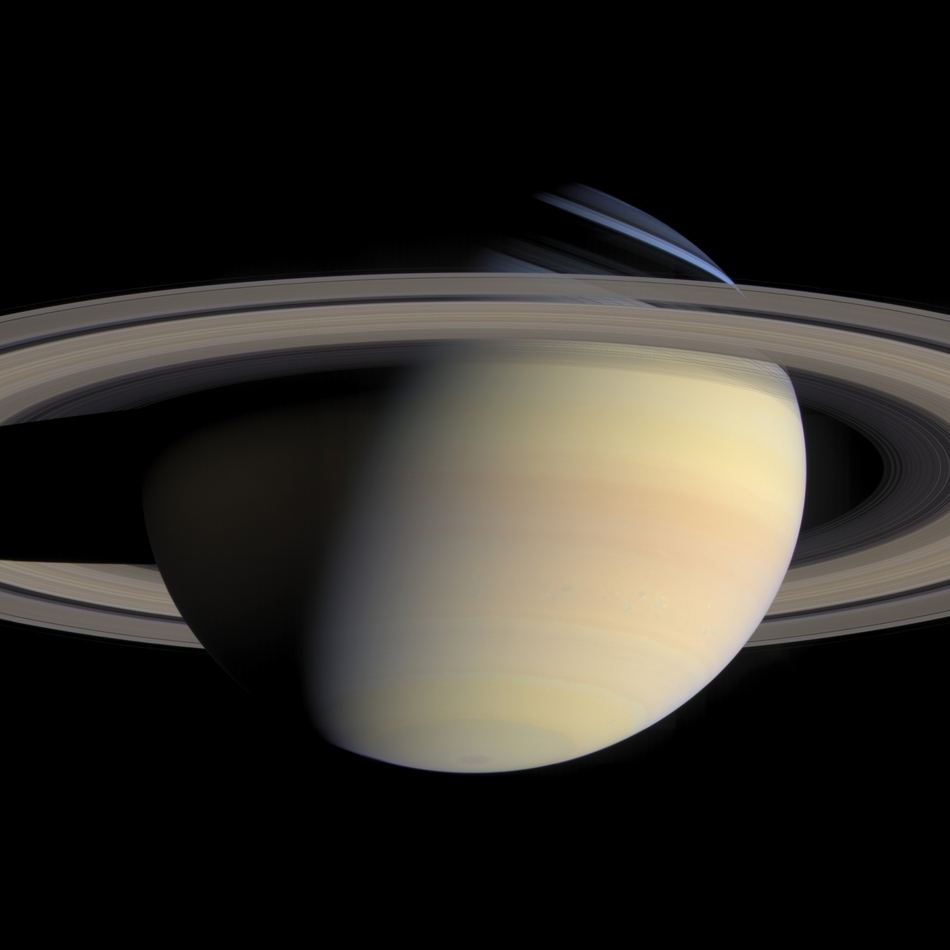 Another great shot of Saturn and its rings photographed by Cassini-Huygens. By the way: all the outer giant planets, Jupiter, Saturn, Uranus and Neptune have ring systems! Saturn's is by far the most spectacular, but the basic mechanism causing rings around giant planets is always the same. So how do giant planets form ring systems?

All of these planets have a lot of moons or captured asteroids orbiting them. When one of these objects gets too close to the planet the planet's tidal forces eventually exceed the gravitational forces that hold the moon or asteroid together (Roche limit). As a consequence, the object will be torn apart into many small pieces that subsequently form the rings. The ring system could also be made out of particles from the proto-planetary disc. These particles were formed in the very early phase of our solar system when the first material began to clump together. Being captured by a giant planet and having an orbit located within the Roche limit this material had no chance of coalescing into a bigger object such as a moon. The last possibility is that the ring system was provided by meteorite impacts that ejected pieces of the current moons into the ring system. To date scientists do not know which of these three possibilities is the predominant source of the particles that make up the ring systems or whether it's a combination of all three. We also do not know for sure whether the ring systems are very stable and will last for many billions of years or if they dissipate over the course of some tens of millions of years. In this case we would just be lucky to live in a time when Saturn is equipped with these beautiful rings.