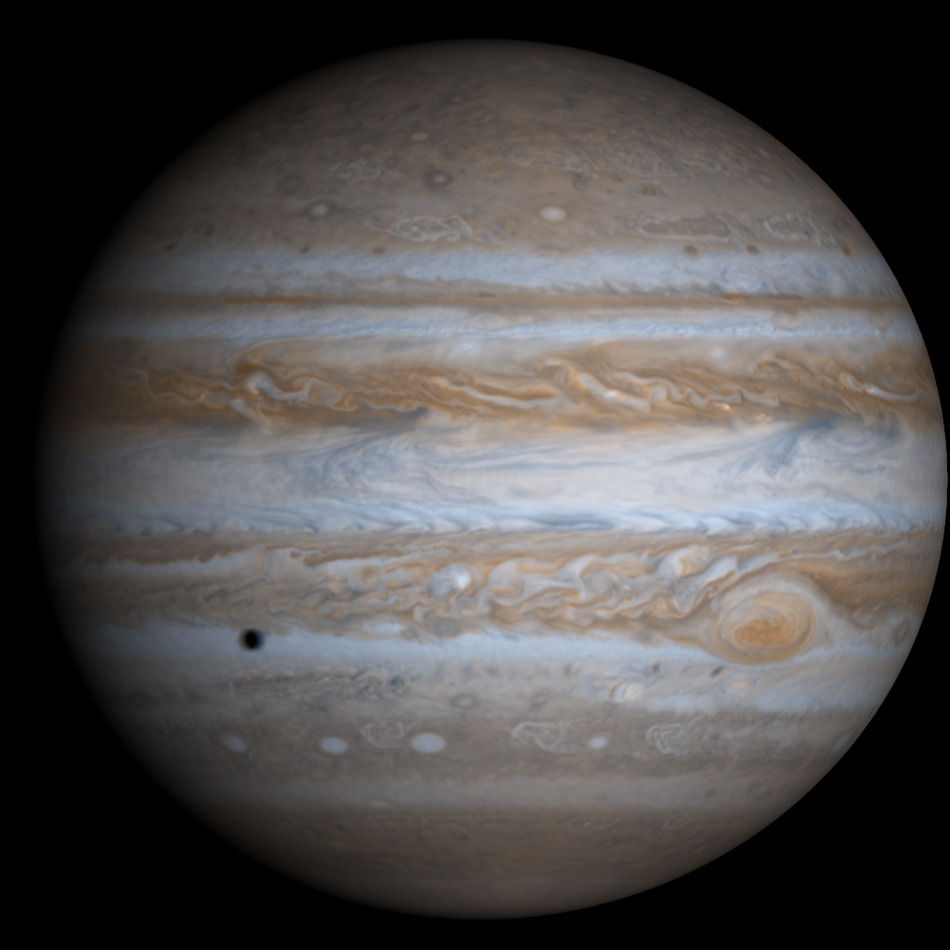 This is a composite image from the spacecraft Cassini's flyby of Jupiter. The black spot is not a moon itself but the shadow of Jupiter's moon, Europa, on the surface, like a solar eclipse on Earth. Spacecraft Cassini later flew to Saturn to observe the planet and its moons in detail.

Jupiter – with its whopping 318 Earth masses - is the biggest planet in our solar system. In fact it isn’t only a huge accumulation of gas as you might think. Jupiter mainly consists of an immense ocean of liquid hydrogen. Above this ocean there is a dense atmosphere composed of hydrogen (90%) and helium (10%) and other trace gases. Get more details in our Jupiter article. The banded structure of Jupiter's atmosphere is caused by the Coriolis effect. The same Coriolis effect generates hurricanes here on Earth, but due to the much higher rotation speed on Jupiter the Coriolis force doesn't form circular patterns (like here on Earth) but instead forms the bands that you can see in this image.