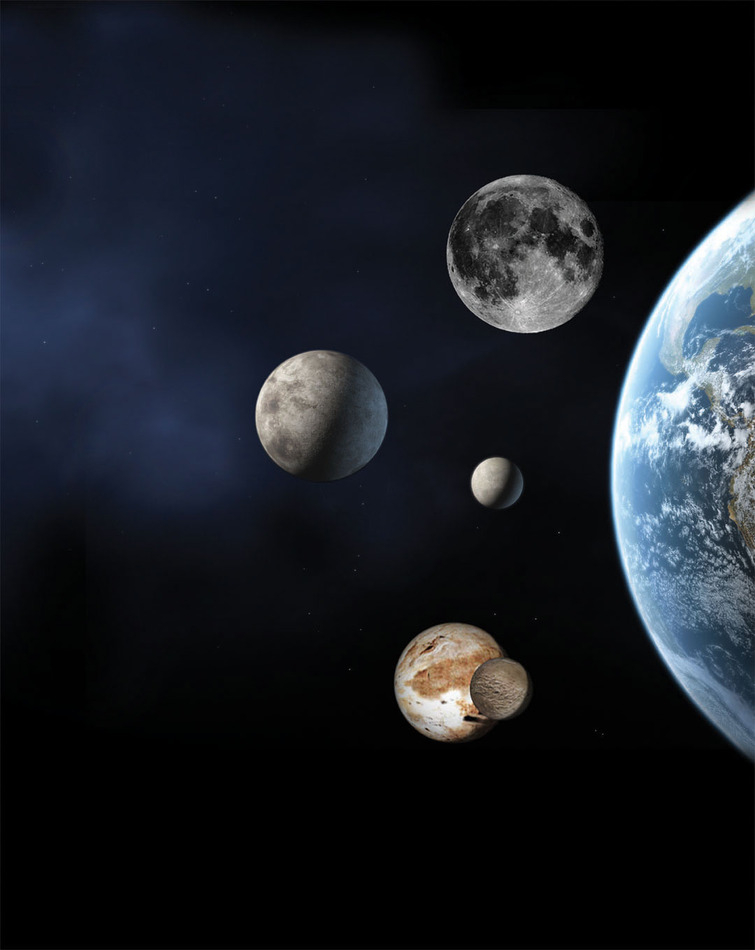 Dwarf planets are all the celestial bodies in our solar system that:

This system was established by the International Astronomical Union (IAU) in 2006 after the discovery of other celestial bodies that orbit the Sun at a similar distance to that with which Pluto does. One of these bodies, named Eris, is even bigger than Pluto itself. Instead of increasing the number of planets by all these new discoveries (and those that will be discovered in the future) the IAU decided to call Pluto and all similar objects dwarf planets. So, currently we are left with the eight planets Mercury, Venus, Earth, Mars, Jupiter, Saturn, Uranus and Neptune and the currently known dwarf planets Ceres (part of the asteroid belt), Pluto, Haumea, Makemake, and Eris (all trans-Neptunian objects). It is suspected that about one hundred known objects are dwarf planets. We still need to make sure that self-gravity has formed them into spherical bodies; otherwise they would just be classified as asteroids. Furthermore, astronomers believe that there are up to 200 dwarf planets in the Kuiper belt and up to another 10 000 dwarf planets in the region beyond the Kuiper belt.

Until 2015 we had no detailed images of any of these dwarf planets; they are too small and too far away from Earth. But thanks to the Dawn spacecraft who arrived at Ceres in February 2015 we now have crisp HD images of this dwarf planet. Then a few months later, in July 2015, New Horizons spacecraft had a fly-by of Pluto.

The image below shows an artist's impression of the dwarf planets Eris (left centre), Ceres (centre), Pluto and its moon Charon (bottom) compared with the Earth and our moon (top).