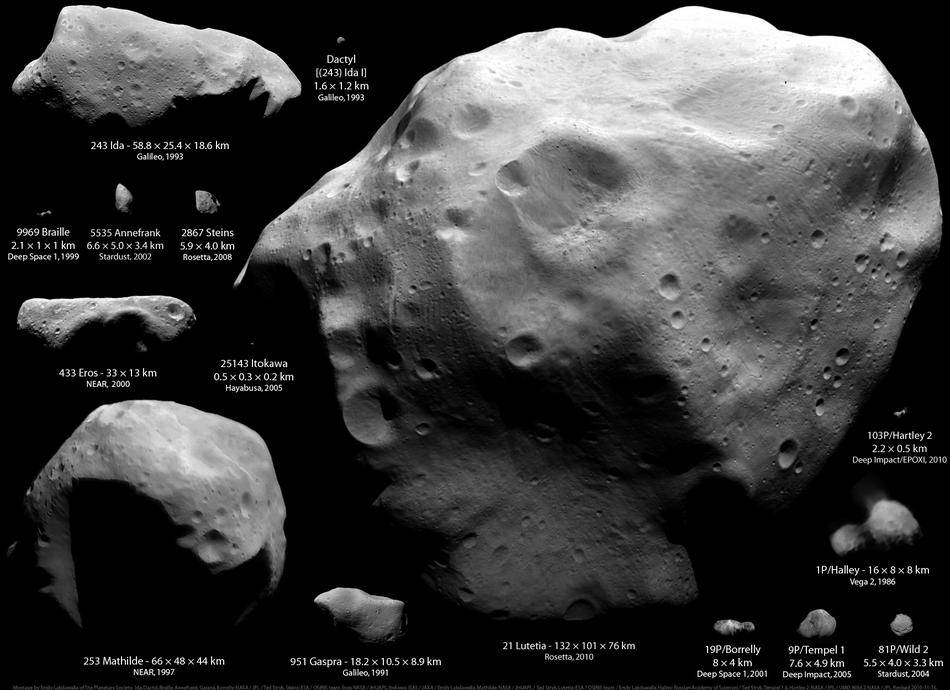 This is a montage of asteroids and comets with the correct sizes to scale. Some of the asteroids are near-Earth asteroids: they approach the Earth but do not cross Earth's orbit, so there is no danger arising from them. Eros is an example of such an object. Others reside far away in the asteroid belt between Mars and Jupiter (like Ida, Mathilde or Lutetia). Itokawa is one of the few so-called Apollo asteroids: these asteroids cross Earth's orbit and can be potentially dangerous for us. Fortunately all known Apollo asteroids pose no danger to Earth over the next centuries.

We also have close-up views of Itokawa and Ida to show you on Sun.org. By the way, the number in front of the asteroid’s name is a sequential number given more or less in order of their discovery date.