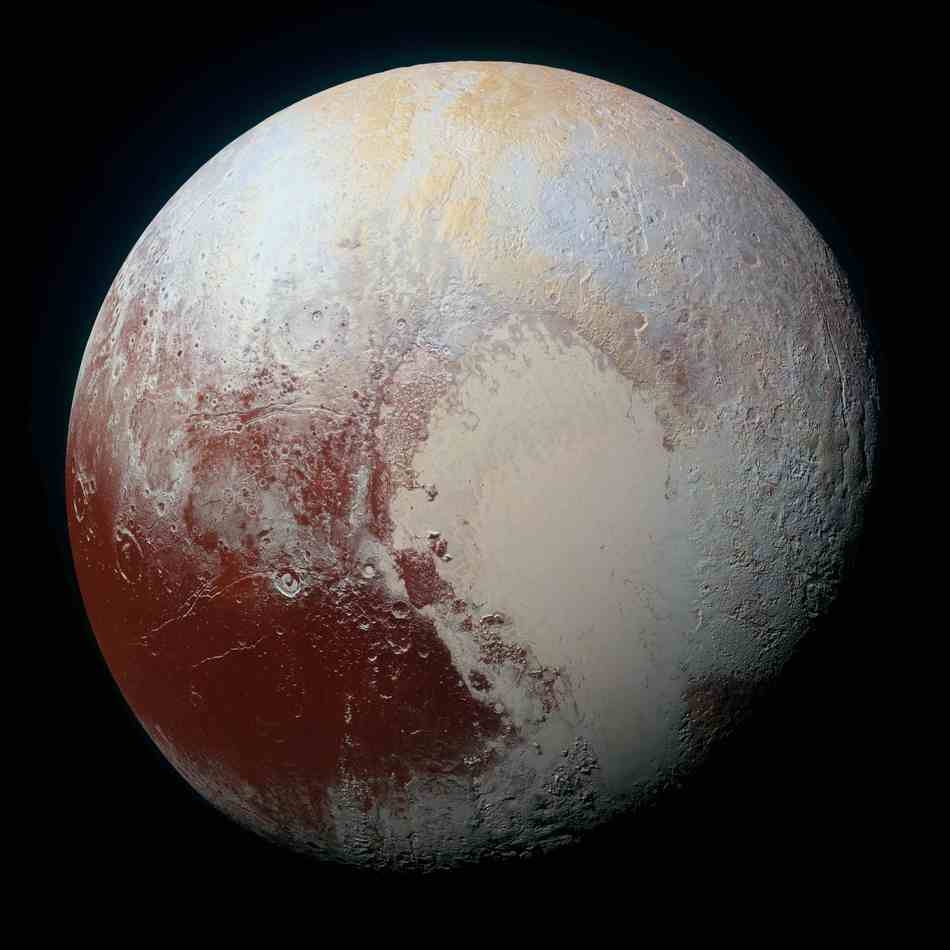 Once regarded as the ninth planet in our solar system, Pluto is now officially classified as a dwarf planet. With a diameter of 2300 km it is - after Eris - the second biggest currently known dwarf planet. Pluto is composed of rock and ice, has a surface temperature of just 43° K (-230 °C) and a very thin atmosphere. Even the Hubble Space Telescope cannot deliver any satisfactory images of Pluto. But after almost 10 years of travel the spacecraft New Horizons reached Pluto and delivered – for the first time in history - excellent images of this distant dwarf planet. Due to its high cruising speed New Horizons could not enter orbit around Pluto, so there was just one chance to shoot as many photos as possible during the few hours of its flyby.

This image is a mosaic of images taken during New Horizon's approach from a distance of 450 000 km. Pluto is revealed to have surprisingly many different surface structures. Some of them will be shown in the following images.

After the flyby, New Horizons continued to move at a speed of about 14.5 km/s away from the Sun into the Kuiper belt. The next rendezvous was on Jan 1, 2019 with Kuiper Belt Object 486958 Arrokoth. New Horizons has enough energy to deliver images of even more distant Kuiper belt objects into the mid 2030s.