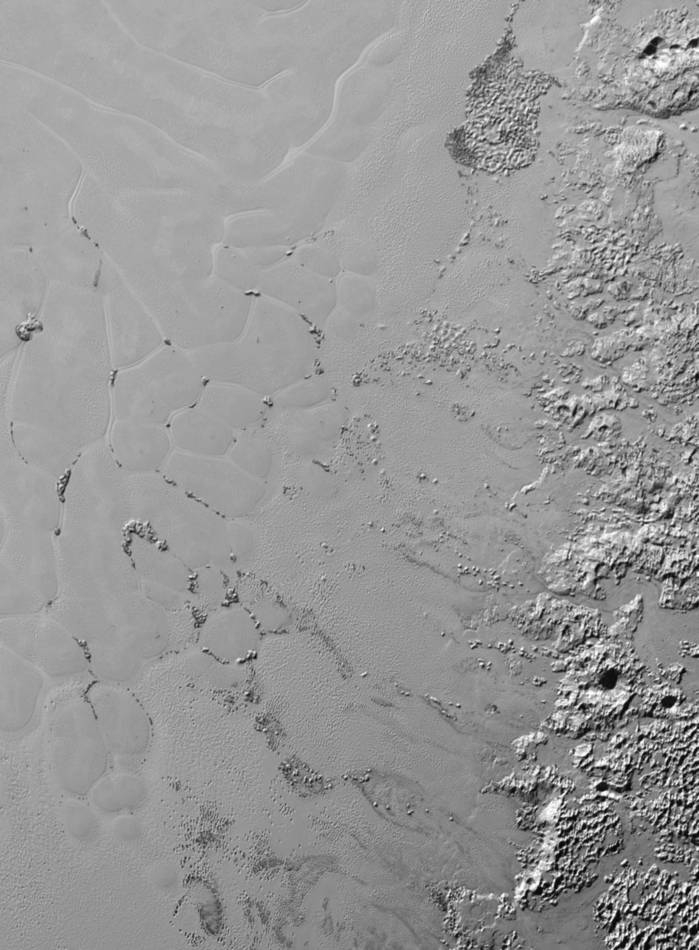 The nitrogen ice glaciers on Pluto appear to carry an intriguing cargo: numerous, isolated hills that may be fragments of water ice from Pluto's surrounding uplands. These hills individually measure from one to several kilometres across. They float upon the nitrogen glaciers due to the lower density of water ice compared to that of frozen nitrogen. The hills are likely to be miniature versions of the larger, jumbled mountains on Sputnik Planum's western border. They are yet another example of Pluto's fascinating and abundant geological activity.