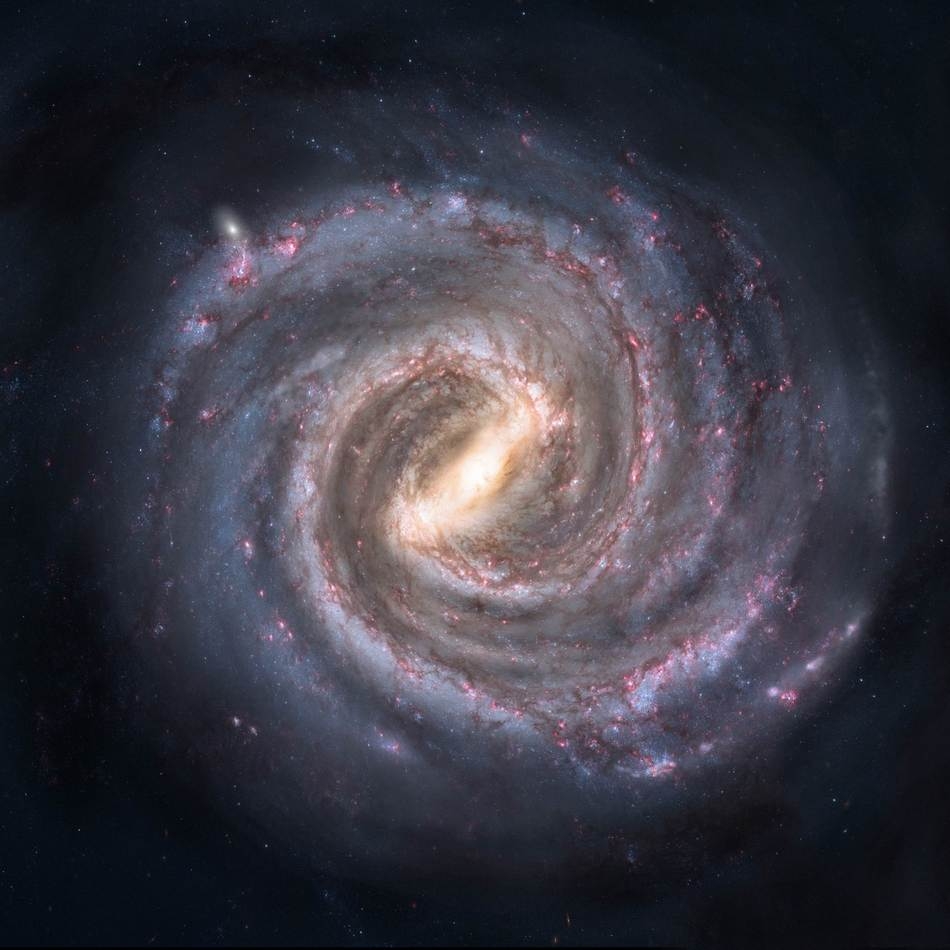 This is how a photo of the Milky Way would look if we were able to leave our galaxy and take a photo from far outside the disk of the Milky Way. All spiral arms are in their actual positions and the dimensions are proportional to the real Milky Way galaxy. You can see many red emission nebula, the places where new stars are born and clusters of bright, blue stars - the youngest and hottest stars in our galaxy which will give rise to spectacular supernova in the future.

The total number of stars is still not precisely known, but there are believed to be between 200 and 400 billion stars in our Milky Way and there are at least as many planets, most probably many more. Some probability calculations show that there are closer to 10 trillion planets, and we are still talking about the Milky Way alone. In November 2013 astronomers calculated that there could be 40 billion Earth-sized planets just in the habitable zones of sun-like stars and red dwarfs, again just in our own Milky Way. 40 billion? That's absolutely mind-blowing! And life on Earth arose quickly after the initial conditions in the beginning of our solar system started allowing complex molecules to form. Who cannot wonder how many life forms there are in the vastness of the Milky Way? And don't forget: the Milky Way is just one not especially large galaxy out of at least hundreds of billions of galaxies in the Universe.

If you want to know where the Sun resides and what the names of the different spiral arms are you can check this image of the Milky Way.