The Chelyabinsk meteor was the best-documented meteorite fall in human history, revolutionising scientists’ understanding of meteorite falls. It was filmed by several video cameras, mostly by traffic cameras and the so-called dashboard cameras (or dash cams) that many Russians have installed in their cars in order to provide evidence in case of car accidents. The fall occurred on 15 February 2013 at about 09:20am local time (03:20 UTC) near the city of Chelyabinsk, about 1500 km east of Moscow. 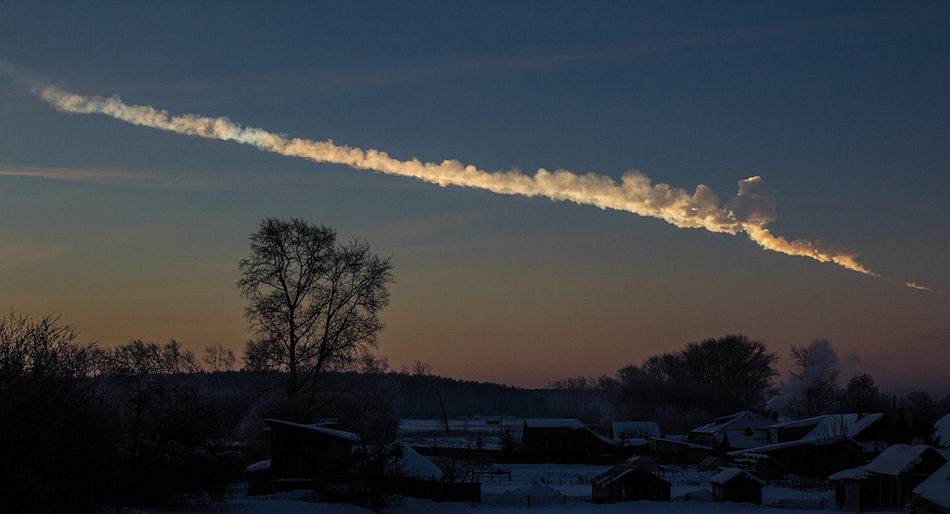 The original meteoroid with a diameter of about 20 metres entered Earth's atmosphere at a speed exceeding 67000 km/h (19 km/s). By the way, you can call the original body a meteoroid or an asteroid and Sun.org uses both terms. Generally meteoroids are smaller than asteroids, but there is no hard and universally defined boundary between those two. During the atmospheric deceleration, friction caused the surface of the Chelyabinsk meteorite to superheat so intensively that it appeared to be brighter than the Sun even for an observer 100 km away from the event. Some people close to the meteor suffered severe sunburn due to the intense light.

Due to the enormous stress of entering the atmosphere at such a very high speed the Chelyabinsk meteorite exploded several times during its atmospheric flight with the main explosion happening at an altitude of 30 km. The shock wave from this explosion caused most of the 1500 injuries, mainly due to broken glass from windows that were destroyed by the shock wave. The explosive energy was equivalent to about 600 kilotons of TNT - or more than 30 times that of the Hiroshima atomic bomb. This air blast also created most of the meteorites that were found. Anyhow, the biggest part of the meteoroid completely vaporised or turned into a fine-grained dust cloud. This dust cloud was initially so hot that it glowed orange. Only about 4000 kg or 0.05% of the original mass of the meteoroid made it to the ground. Just a fraction of this material has been found during intense searching, mostly by private meteorite seekers. Also, thanks to these people we now have more than enough material available in order to conduct all necessary scientific research to reveal the secrets of this fantastic meteorite. The biggest piece with a mass of 654 kg fell into Chebarkul lake and was recovered on 16 October 2013, 8 months after its fall. 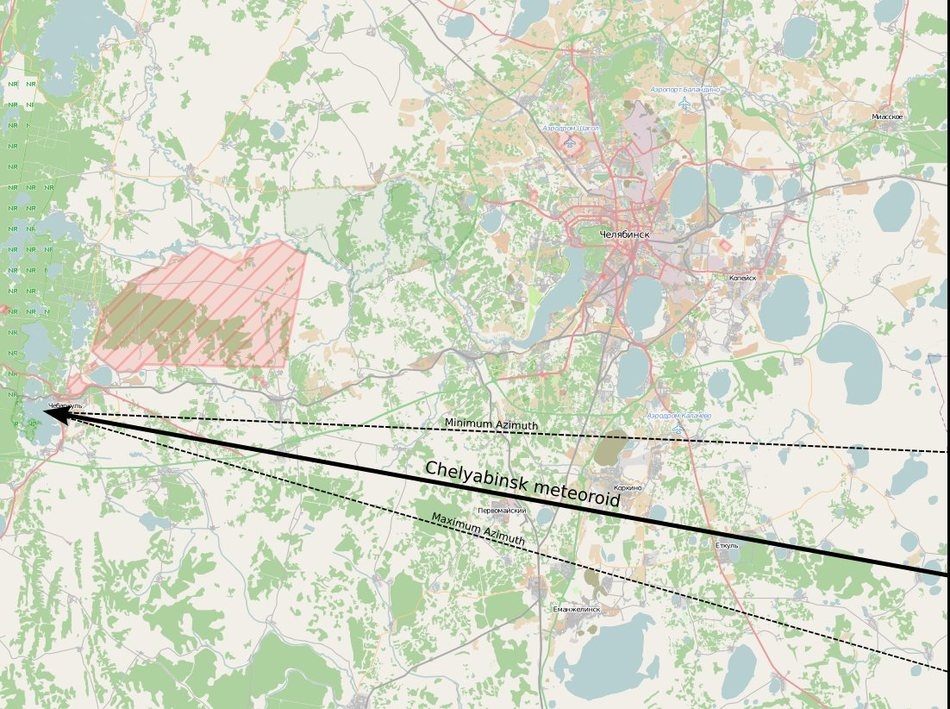 The trajectory of the Chelyabinsk meteoroid. Source: Wikipedia.org, user: Tsuruya

The original asteroid was a typical Apollo asteroid, a subgroup of the Near-Earth asteroids (NEA) that cross the Earth's orbit during their orbit around the Sun. Typical NEAs stay in orbit around the Sun for just a few millions years before crashing into one of the planets. They originate from the asteroid belt between Mars and Jupiter where resonance interactions with Jupiter or collisions between asteroids alter their trajectory to a more elliptical orbit. The Chelyabinsk meteoroid had its aphelion (furthest distance from the Sun) in the asteroid belt while its perihelion (closest approach to the Sun) was inside Earth's orbit. 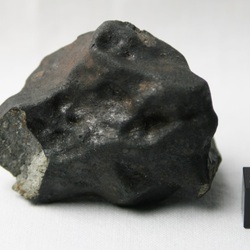 Chelyabinsk 91.0 g
The Chelyabinsk meteorite is an ordinary chondrite of the chemical group LL5. LL stands for "low metal, low iron" indicating a relatively low total iron percentage of about 20 % in weight. "5" is the petrographic type indicating considerable recrystallisation after its formation about 4.5 billion years ago. There are two main types of Chelyabinsk meteorites:

In the meteorite shop section of Sun.org you can acquire genuine Chelyabinsk meteorites of various sizes and types. We will also keep the meteorites displayed online on our website after your purchase unless you do not wish your specimen to be displayed. This way your meteorite is documented and you can more easily prove the authenticity of this meteorite at a later time.