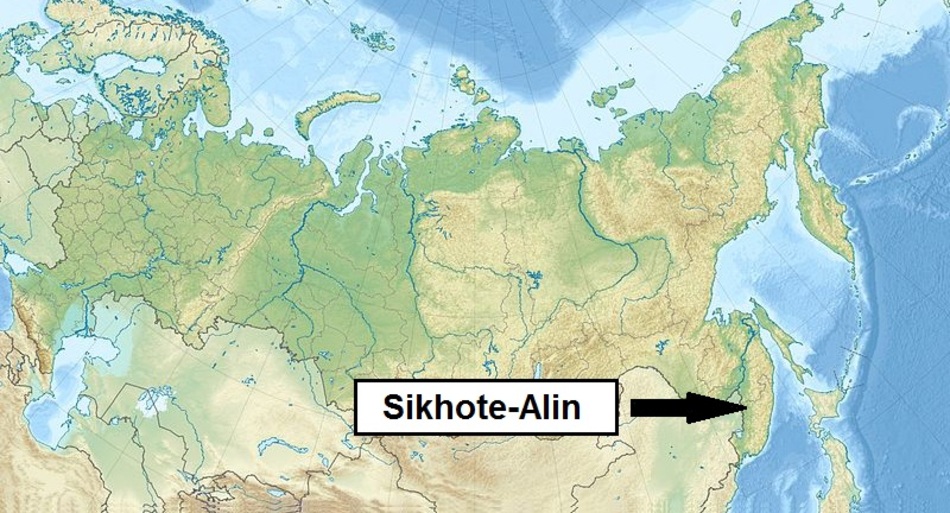 The Sikhote-Alin iron meteorite fell on the Sikhote-Alin Mountains in Siberia on February 12, 1947 at 10:38 local time. The impact event was described by more than 240 people. With a pre-atmospheric weight of about 100 tons, Sikhote-Alin was one of the biggest ever witnessed meteorite falls. About 70 tons made it down to the ground, the rest evaporated during its atmospheric flight. The meteorite entered the Earth's atmosphere with a speed of about 14 km/s. Shortly after atmospheric entry the meteorite broke apart. The fragments - still travelling at tremendous speeds - fell towards Earth more or less together. Finally, at an altitude of about 5.6 km the biggest piece of these fragments exploded in an event called an air blast, creating a large strewn field. More than 100 impact craters were found; the largest was 26m in diameter and 6m deep. 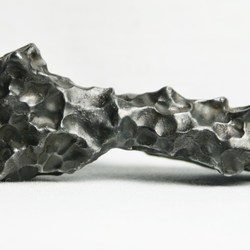 Part of the original meteorite material got lost on impact when it fragmented in pieces so small that it mixed with the ground forming a kind of magnetic dust.

Due to the many eyewitnesses, Sikhote-Alin's original orbit and history has been estimated. The meteorite probably came from the asteroid belt where its parent body collided with another object. Sikhote-Alin was one piece of the debris created by this collision. It then entered a highly elliptical orbit around the sun that made it a so-called Apollo asteroid; an asteroid whose closest distance to the Sun lies inside the Earth's orbit. Most meteorites made their way to Earth like that.

See our iron meteorites for sale.