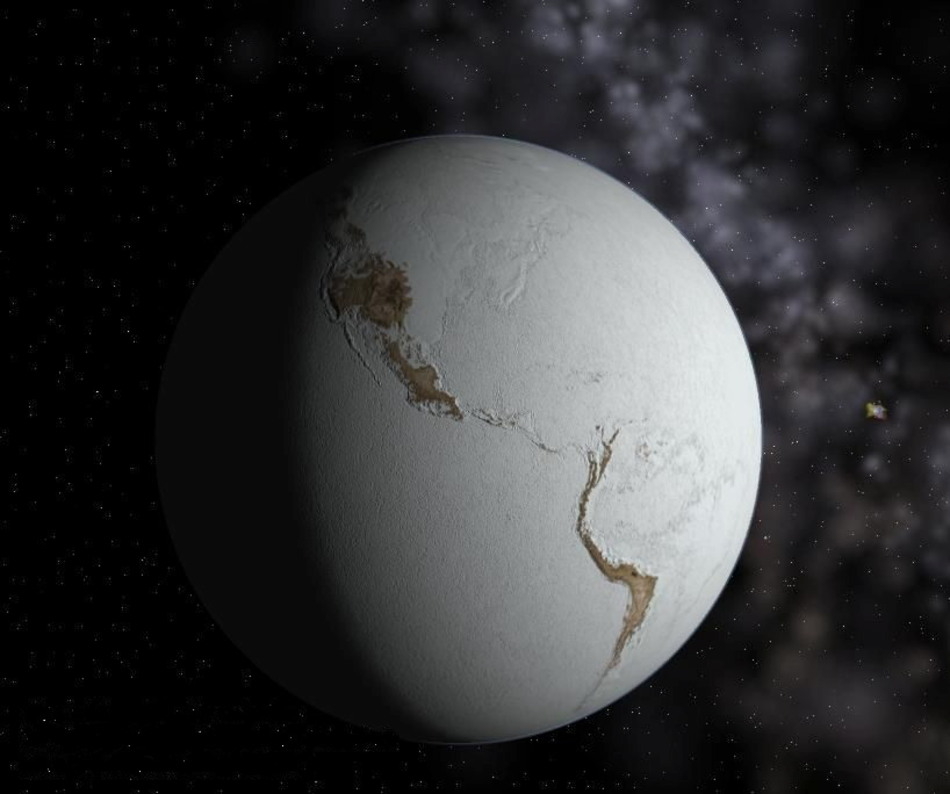 The Snowball Earth hypothesis is a scientific theory stating that there have been episodes in Earth's history when the whole planet became entirely or almost entirely frozen, a kind of extreme glaciation that covered the Earth. The last time this happened was probably about 650 million years ago. Another earlier snowball episode, the Huronian glaciation, occurred between 2.4 and 2.1 billion years ago. Normally ice sheets periodically pulse outwards from the poles (ice ages) and later retract. But in the case of a Snowball Earth event the glaciers exceed a tipping point, for some reason, after which so much sunlight gets reflected from the ice that a runaway effect keeps dropping the temperatures down until the entire planet is covered with ice.

It is quite tough to unfreeze a Snowball Earth since most of the sunlight is reflected back into space. Anyhow, under these conditions CO2 cannot be withdrawn from the atmosphere any more due to the coverage of the planet with thick ice. Over a period of several million years volcanic activity could rescue the Earth by increasing the carbon dioxide levels to about 13%, which is 350 times the CO2 level of today. This CO2 concentration is enough to start a global melting und warming process due to the greenhouse effect even with an Earth reflecting most of the sunlight (yes, in this case the greenhouse effect is highly appreciated). A lot of research has still to be done in order to prove this hypothesis and figure out whether the entire planet was frozen or whether a band around the equator stayed ice free, but certainly there have been periods of extreme glaciations in Earth's history.

By the way, if you want to know what would happen if the Sun were to suddenly disappear you should absolutely read our Astronomy and Space Q&A section. Believe it or not, even under this hypothetical and extreme condition (which certainly will lead to a Snowball Earth in a very short period of time) not all hope for life on Earth is lost!

If interested, read more about: Q&A – Astronomy and Space