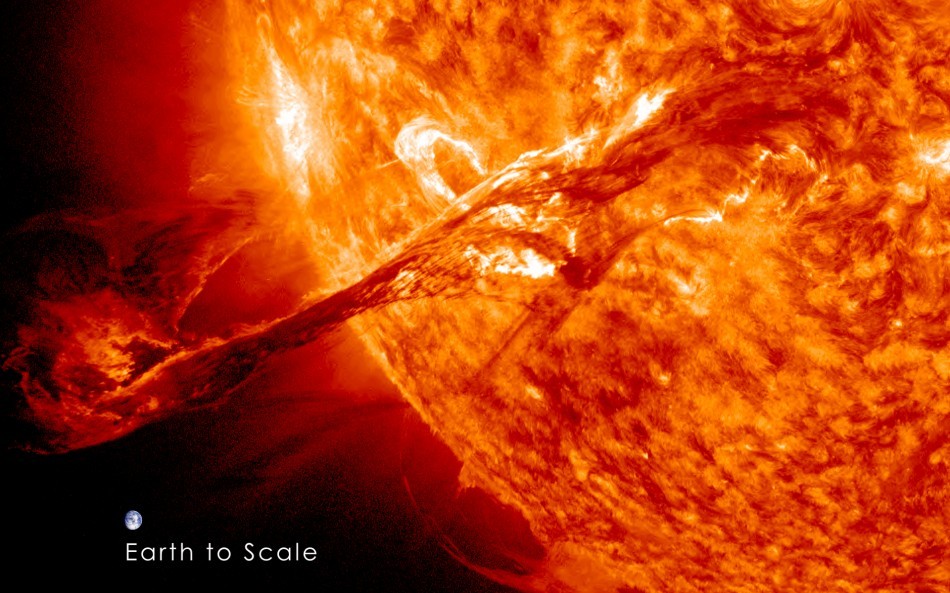 This ultraviolet image of the Sun was taken on the 31st of August 2012. The Sun is mainly composed of plasma, a gas that's so hot that the electrons are no longer bound to the atomic nuclei. So, we do not have an electrically neutral gas anymore, but positive charged nuclei and negative charged electrons. Now, moving charged particles create magnetic fields and these fields in turn influence the movement of the charged particles. The results are huge magnetic fields; and if their accumulated energy is suddenly released, solar flares occur. If such a flare is directed towards Earth the resulting solar winds can cause beautiful auroras and not so beautiful damage to satellites and power grids here on Earth.

You can also watch a video of this solar flare.