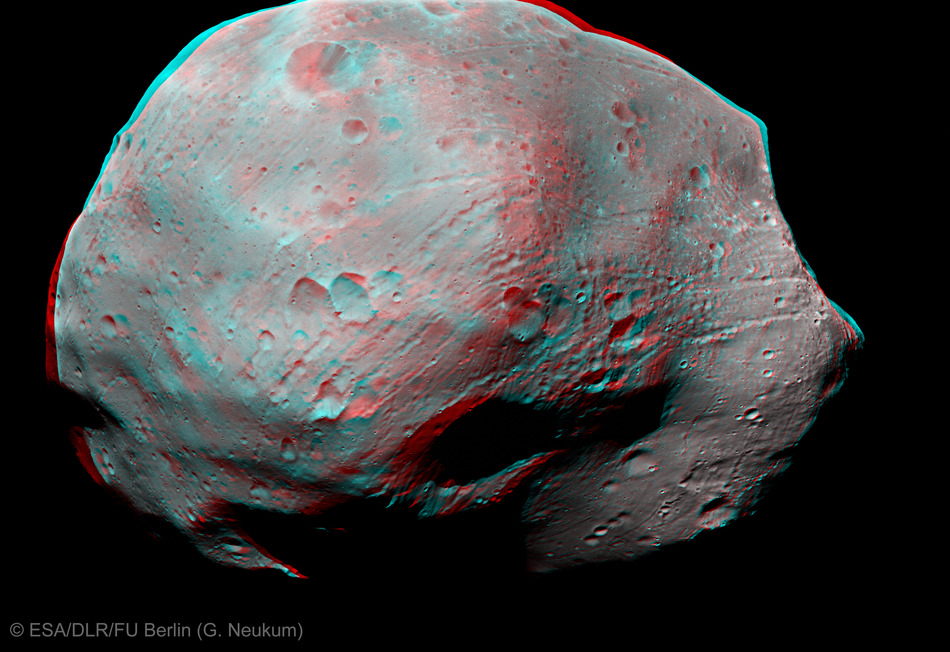 Mars just has two tiny moons: Deimos and the seven times heavier moon Phobos. Despite being seven times heavier, Phobos's dimensions are only 27km x 22km x 18km. It's way too small to be rounded to the shape of a sphere under its own gravity. Only celestial bodies of a diameter > 500 km will be sphere shaped. The huge crater on the right is the Stickney Crater which has a diameter of 9 km, which is very large compared to the overall size of Phobos. Phobos orbits just 6000 km above Mars' surface making it the closest moon to any planet in the solar system.

Being so close to Mars, Phobos suffers from strong tidal forces which will decelerate the moon. In about 10 million years either the moon will finally crash onto the surface of Mars or the strong tidal forces exerted by Mars will crush the moon into many pieces which will then form a ring system around the planet. We still don't know for sure which fate Phobos will meet, but most probably it'll break into a planetary ring which will then, in turn, slowly continue to fall onto the surface of Mars.