The HCG 59 Group of Galaxies 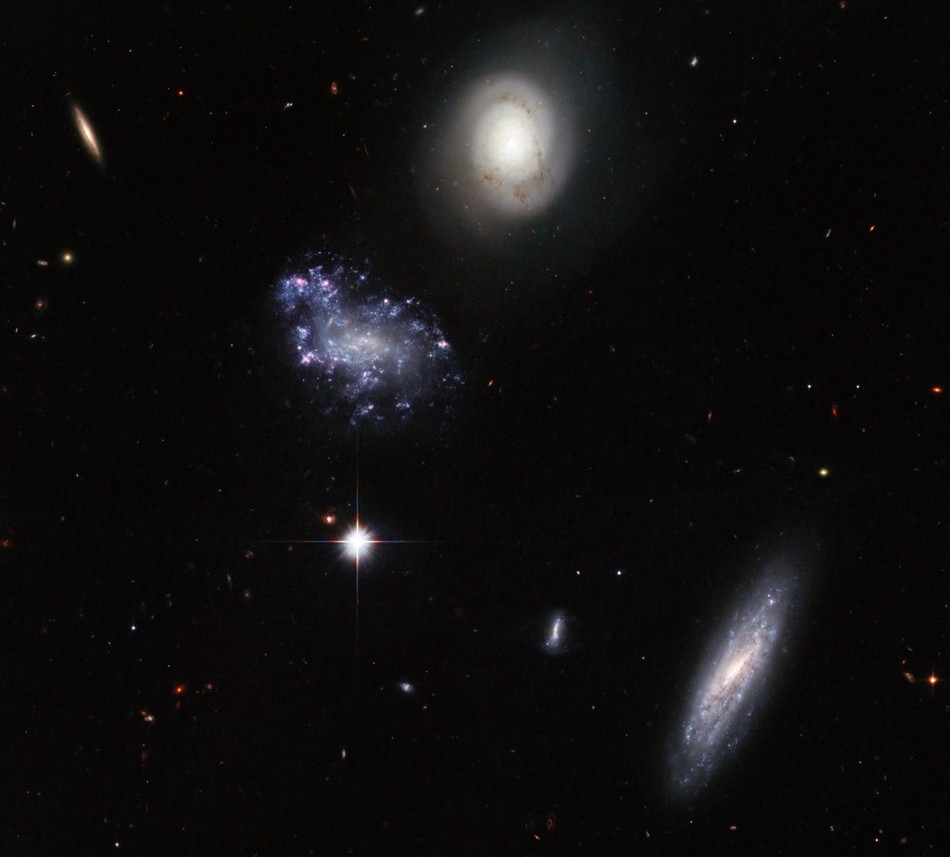 The Hickson Compact Group 59 (or HCG 59) is a group of galaxies in the constellation Leo, about 180 million light years away from us. Two of the three main galaxies in this group are currently forming new stars, the third one is quiescent.

Hickson Compact Groups are smaller groups of galaxies normally consisting of just 4 to 5 galaxies. These groups are relatively isolated and the galaxies within them are close together. 100 Hickson Compact Groups were listed in a catalogue published in 1982 by the Canadian astronomer Paul Hickson. One of the most famous HCG members is Stephan's Quintet.

The HCG 59 Group of Galaxies