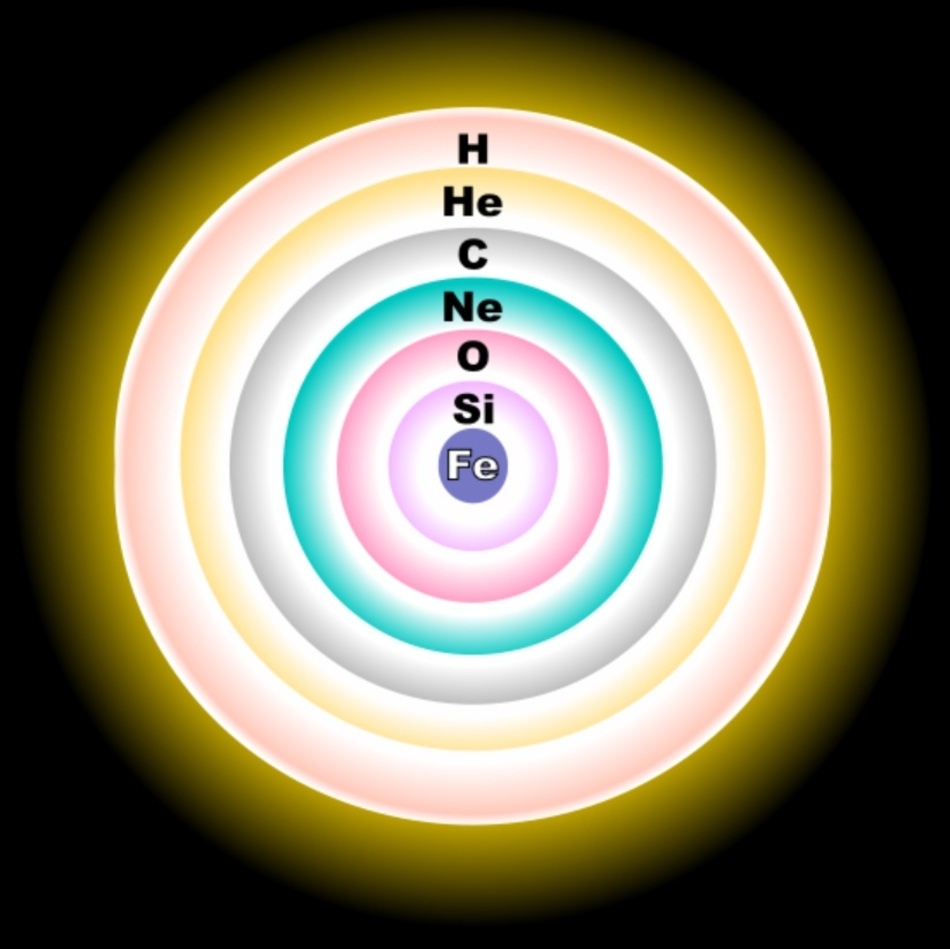 At a certain time enough iron has been fused and rained down onto the core of the star to increase the mass of the iron core to the Chandrasekhar limit. At this point in time nothing can stop the collapse of the star's core and the supernova event starts. Bei Interesse lesen Sie auch unseren Artikel über: Supernova